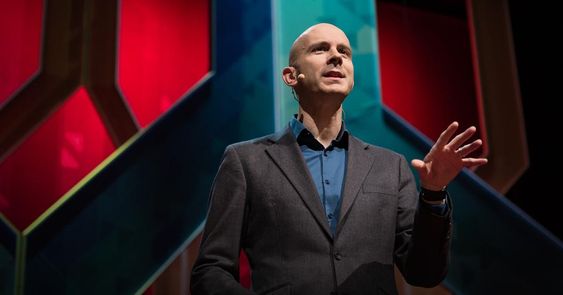 Imagine working on a creative project, you’re in the process of finally putting your ideas into action. And before you know it, things are starting to go wrong, new problems are emerging, stress is building up, everything is going south!

Naturally, you will try to get back on track by doing as much as you can. And out of desperation and lack of time you will find yourself multitasking. As I’m writing this article in the middle of a typical day at work, sitting quietly at my corner desk, I have few other tasks that I do simultaneously in order to finish within a short time period. But switching quickly between tasks only drains us of energy and makes it hard to get anything useful done. Hence, I occasionally find myself thinking about what Tim Harford (economist, journalist and broadcaster) said in his TED speech A powerful way to unleash your natural creativity. He gives a name to the pattern of behavior that Einstein, Darwin and other highly creative people who accomplished important work in different domains adopt, and defines it as:

Slow-motion multitasking is when we have several projects in progress at the same time, and we move from one to the other and back again as the mood takes us or the situation demands — Tim Harford

In other words, It is not multi-tasking in the sense of trying to – in the moment – do more than one thing, but it is switching between many projects over time. For instant, Charles Darwin took almost 30+ years to complete his book ‘Origin of Species’ which is the greatest understanding of evolution. During which he was also writing books related to earthworms, geology, psychology etc. Darwin would work on a variety of projects at the same time and keep switching the topics. Though the switch was not instant, he would take many years with each of his projects. Another great example is Albert Einstein, in which he published 4 outstanding projects that made a breakthrough in science using the method of slow – motion multitasking. In 1905 he published:

All this proves that working on several projects at once during a long period of time can be beneficial as it releases your productivity and allow you to achieve multiple goals.

However, one might wonder if we are actually capable of working on multiple projects without feeling overwhelmed, anxious and lost.  As a creative person, your brain is boiling and you have lots of ideas. Ideas and initiatives may be forgotten and lost over time. Luckily, there is a simple solution, which is provided to us by the great American choreographer Twyla Tharp who won a lot of prizes over the course of her career. She famously exclaims:

Tharp’s way of preventing projects from getting overwhelming is quite simple. She would name and assign a cardboard box for every project she works on where she tosses books, articles, written thoughts, DVDs and literally anything related to the project into the cardboard box. “The box means I never have to worry about forgetting. One of the biggest fears for a creative person is that some brilliant idea will get lost because you didn’t write it down and put it in a safe place. I don’t worry about that. Because I know where to find it. It’s all in the box.”

In closing, Harford encourages us to embrace the art of slow- motion multitasking and apply it on our projects. There is a big lesson to learn from this method and the scientists and great minds that adopt it, which is that you shouldn’t be afraid to start new projects when you feel like you have promising ideas. Take advantage of slow- motion multitasking and start now.