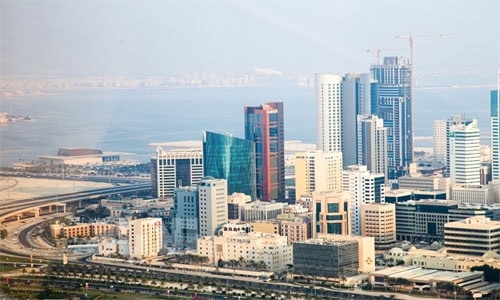 Bahrain has won two global awards for its Foreign Direct Investment (FDI) strategy by the fDi Intelligence Awards 2021
The awards are based on the performance of 34 International Promotion Agencies (IPA’S), focusing on IPAs that stood out in rankings published by ‘fDi Intelligence’ in the past year. fDi Intelligence named Bahrain the winner of “fDi’s choice Bespoke Award for Infrastructure
developments”. Bahrain was the only GCC country to receive the award in the field of infrastructure developments.
According to the fDi Intelligence Awards 2021, the award is in appreciation of the Kingdom’s development projects that have led to the enhancement of infrastructure capabilities across several areas by increasing the capacity of airports by 75%
This is in addition to investments worth billions of dollars in transportation networks, and huge investment in the real estate sector, with a focus on medical services and the education sector.
The Bahrain Economic Development Board (EDB) was awarded “fDi’s choice Bespoke Award Staff training” in recognition of EDB’s upskilling efforts, as well as its strategic approach to developing technical, business and leadership skills.
The awards reflect the effectiveness and efficiency of the strategic plan embraced by the EDB and its efforts with its partners in “Team Bahrain” to attract direct investments and create quality job opportunities in the local market.
It also showcases the level of commitment and scale of strategic infrastructure projects that have been accomplished, in addition to the pool of local talent in Bahrain.
Bahrain has recently embarked on an Economic Recovery Plan to drive growth based on five priorities including enhancing the overall business friendly environment to attract direct investments, creating new investment opportunities and launching over $30 billion worth of strategic projects.
The investment projects can be viewed through the website www.invest.bh.
The EDB is an investment promotion agency with overall responsibility for attracting investment into the Kingdom and supporting initiatives that enhance the investment climate.
Source: The Daily Tribune – News of Bahrain